From 100-feet up atop the steeple of First Baptist Church in New Bedford, MA, the blue sky opened up over Buzzards Bay. “You could almost see all the way to Fall River,” recalls project executive Michael Frank. It was July, 2019. Tasked with restoring the facade of the 30-foot steeple for the historic 19th-century church, the team from John. F. Shea was busy removing the siding when they also saw something else. Set to restore the steeple by replacing the clapboards, priming and painting, instead they found “major structural damage.” The project ground to a halt. 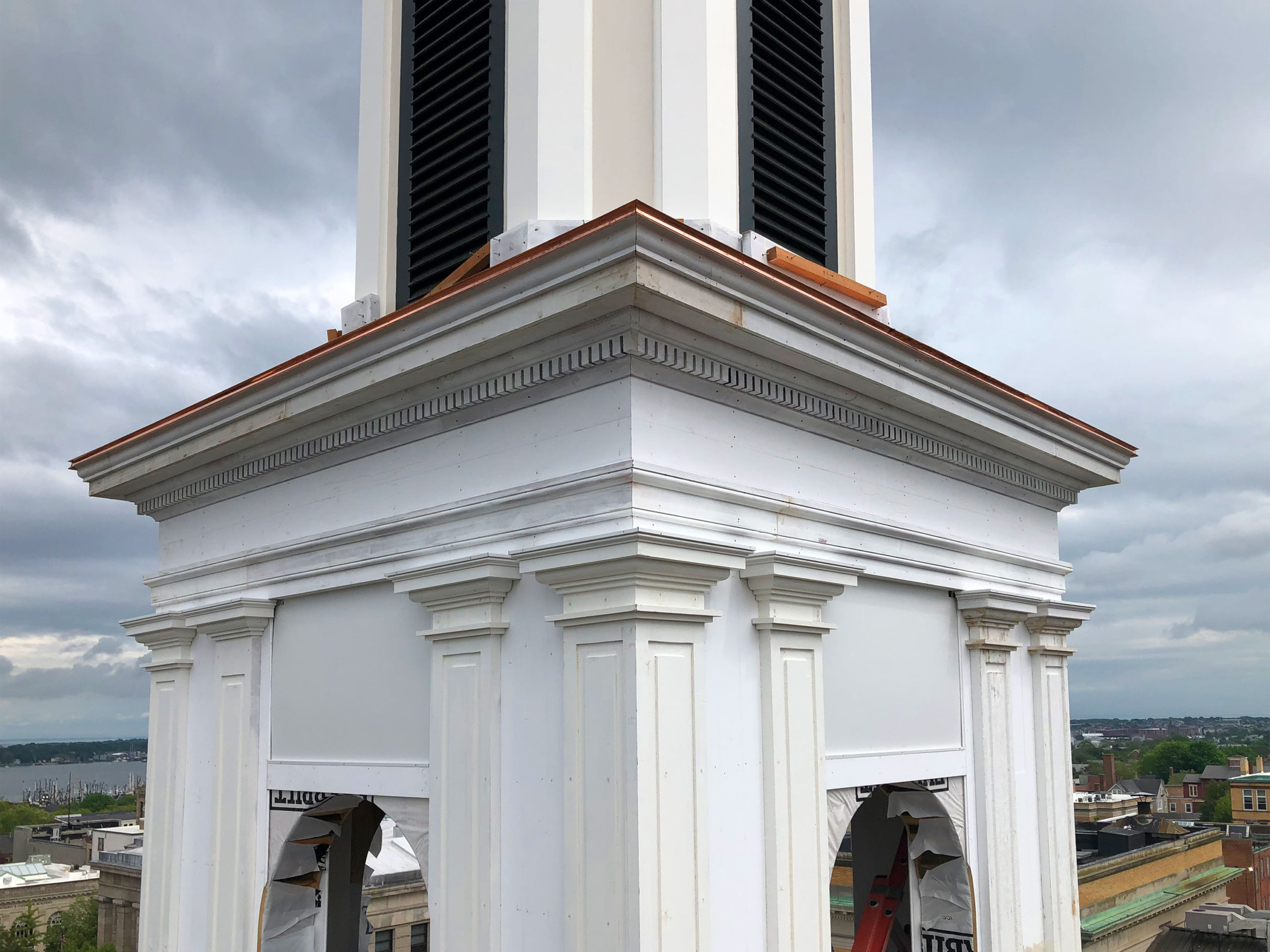 Back on the ground there was more at stake than a picturesque spire. Groundbreaking for the $250,000 restoration of this mixed-use community landmark began July 23, 2018. And the project itself was groundbreaking: an historic church used for religious services, public gatherings and the secular community theater group Your Theater, Inc. under the joint auspices of the New Bedford Historical Commision, Waterfront Historic Area League (WHALE) and the City of New Bedford. “We look forward to the day when this opens up and we can continue to brag about it and bring people in here to enjoy and feel proud about this city,” Mayor Jon Mitchell said at the ceremony.

An historically significant landmark as well as a site of active worship, the First Baptist Church of New Bedford was going to be restored following a national reuse model allowing struggling congregations to achieve sustainability by sharing their space with a community group, in this case, Your Theater, Inc. Their Steeple Playhouse would serve as the modern performance space within the renovated church.

Listed as a National Treasure and on the National Register of Historic places, the Greek Revival meeting house was built in 1829. Its iconic steeple was often the first sign of land for returning whaling ships in this historic seaport, and now graces the city seal.

A prominent landmark, the building played a role in the creation of Parliamentarian Procedure. In its reinvented state, the church will draw foot traffic to a less-visited neighborhood and contribute to the reinvigoration of the city’s waterfront, combining historical significance, aesthetic beauty and modern purpose.

Get Up to Get Down

How could this level of structural damage have gone unnoticed? “Most of the damage was concealed and hidden,” explains Frank. “We didn’t see it until we were 100 feet in the air and started taking the siding off.” That’s when they knew the structure had “almost completely rotted through.”

To assess the extent of the damage and determine next steps, Peterman Architects contacted a structural engineer to come out and do an evaluation. Easier said than done, notes Frank, since the “entire bell tower and steeple would have to be taken off the church and put on the ground.” The evaluation process started in early fall of 2018. And it was unlike anything he had ever seen. “We were taking down a structure that weighs well over 3 tons, 100 feet in the air in the hopes of not destroying it.”

The assessment was not promising. The framework of the steeple would have to be rebuilt, and it would have to be done from 100-feet up. Additional costs could exceed $200,000; leaving the restoration in peril.

But the community of New Bedford rallied to achieve their shared vision. Through private donations and public grants, they were able to continue. “The First Baptist Church embodies New Bedford’s rich history and the steeple restoration project deserves access to the right resources,” said Representative Antonio F. D. Cabral (D-New Bedford). Cabral helped WHALE  secure a $75,000 emergency grant from the Secretary of State. WHALE was able to raise $100,000 from private donations. The work could resume.

Puzzle Pieces in the Sky

In the spring of 2019, John F. Shea partnered with Heritage Restoration, Providence, RI to complete the next phase of the project. Heritage built a copy of the cupola. “We would do all the structural framing, create new columns, new supports and build the entire bell tower from scratch,” recalls project executive Michael Frank.

Then came the hard part. They shipped the completed framework to the job site in pieces, and put it together in the air. Hanging from a crane courtesy of Shaughnessy and Ahern Crane Service, Boston, the team from John F. Shea carefully reassembled the framework, tied it into the existing structure of the church and topped it with the reassembled cupola.

The final touch was the ceremonial ending to that phase of the restoration: topping the cupola with Heritage’s recreation of an historic wooden weather vane in the shape of the whale.

A Future Asset for the Community

The next phase includes interior restoration and updating, to create a fully functioning community performance space. By seeing the problem from a new perspective, John F. Shea was able to rise to the occasion, restoring an iconic landmark and helping create a new kind of community space. 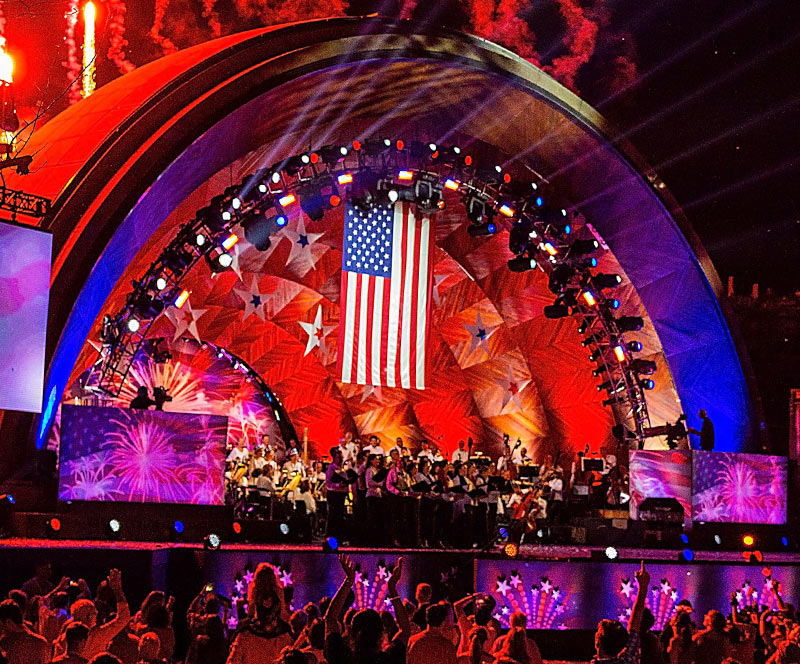